I am honored to be named   in Top Global Teacher Bloggers / CMRubinWorld.com / Global Search for Education http://www.cmrubinworld.com/TGTB. The bloggers on this list have been asked to contribute to Huffington Post’s Education blogs for 2017. This month we look to answer the following highly controversial question “ Mitigating Poverty”,

How has poverty affected students in your school experiences? What can schools do to address poverty?

This subject needs a quick look in the history of Finnish schools. The first public schools were established in 1850ties. The municipalities build them quite lazily because it was believed that the four-year-public-schools only made the children lazy and alienates them from physical work.

In 1898 the Parliament and the emperor accepted a decree that every village should be divided to such school areas that nobody had more than 5 km to school. But there was still no compulsory education.

Finland got the law of compulsory education after its independency (1917) in 1921. The municipalities were obligated to establish and sustain public schools. In 1948 started the school eating – the schools had to offer free lunch to children every day. Before that the children had taken their own snack from home – which was sometimes difficult especially for poor families. The poor children could also get contribution for clothes from the municipality. We never have had school uniforms in Finland. And if the way to school was more than five km or was otherwise dangerous or difficult – the school dormitories were to be built. 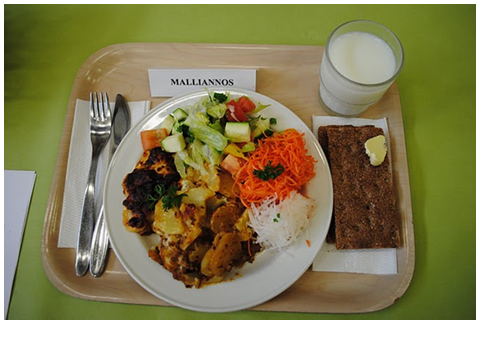 The schools’ social effect was huge especially in the rural areas. In many villages the teacher was the only person who could read and write. They were well respected by the folk. They knew their students and their living conditions best. The social workers got invaluable and neutral information of families from teachers.

By the end of 1977 all public schools were changed to basic education schools – the ones we have today. The four or six years public school + five years of grammar school became 9-year-basic-school. Education and upbringing are the key factors in basic education.  The aim is to support the students’ upbringing as a human and a member of society and teach necessary skills and knowledge. And it is totally free. The teaching is free as is all the material and equipment. And they have a right to free meal every school day and in some circumstances also a free school transport.

The basic education is grades 1-9 (ages 7-16). We have about 3200 basic education schools. Most of them are run by the municipality. Under 2 % of students study in private or in state schools. In basic schools everything is free – the municipality has to provide schools with enough money for material and study visits, class trips etc. The parents can collect funds for special trips – but every student, even if his/her parents can’t provide any money, has the right to participate. The schools must have clear regulations for those situations.

So in Finland we can give equal possibilities in education to all students – in spite of where they live, how they live and the family status. I believe that education is the key for better life, too. I see no difference in “poor family” kids or “rich family” kids in their motivation to learn!